Home›Articles›Hailstorms with 2 tornados in eastern Slovakia!

Hailstorms with 2 tornados in eastern Slovakia!

EF0 tornado on Thursday, 22. April 2021, afternoon damaged the roofs of three family houses and one farm building in the village of Ploské, in the Ortáše part, in the Košice-okolie district. The atmospheric vortex damaged the houses on the outskirts of the village towards Vtáčkovce.

The incident took place before 2 PM, according to witnesses, lasted several minutes, before that rain and hail began to fall.

The vortex came from the forest and gradually hit the houses.

The fact that a tornado probably occurred in Ploské in the Ortáše part was confirmed by the Slovak Hydrometeorological Institute (SHMÚ), stating that a funnel cloud was observed during the storm around noon and at the same time the damage was documented.

A similar but milder phenomenon was recorded in Varhaňovce in the district of Prešov. There was a storm, even such a small tornado appeared.

According to available radar information, "red reflections" on radar were observed above parts of Eastern Slovakia and thunderstorm in many regions brought hailstorms, heavy rain or severe winds.

Severe storms with hail hit on Thursday Hungary, too.

Košice and Prešov are the second and the third biggest Slovakian cities situated in same basin in Eastern Slovakia. Kosice Basin is lowland-like low elevated basin along Hornad and Torysa rivers. Together in Kosice and Presov districts live around 0,5 million of people, while all Eastern Slovakia has 1,5 million inhabitants.

Severe storms are in this part of Slovakia more frequent such as in western and some parts of central Slovakia. Mainly large massif of Slovenské Rudohorie and Nízke Tatry westward from Košice and Prešov are very stormy and storms are traditionally shifting to east from these mountainous parts of Slovakia, towards densely populated areas.

However, for tornadoes, lowland conditions are needed, tornado can´t create above hills or mountains. 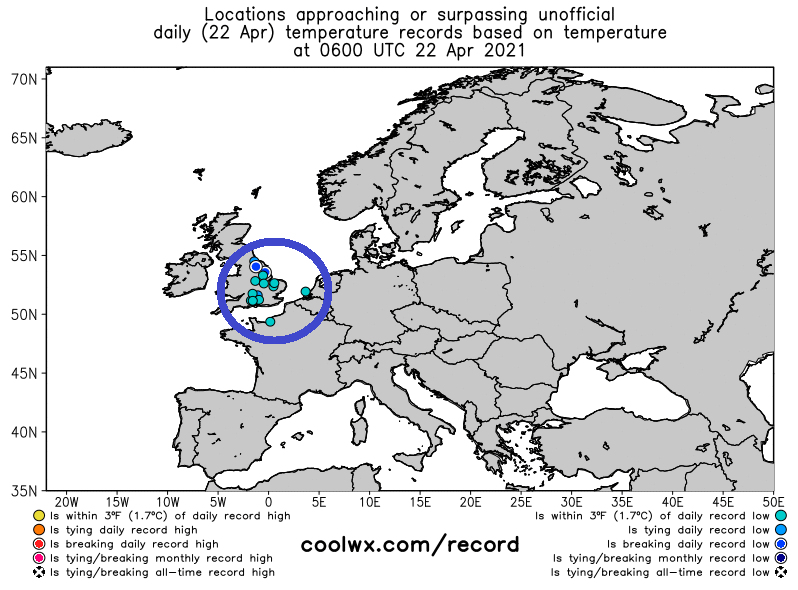 Third round of April frosts is here: ... 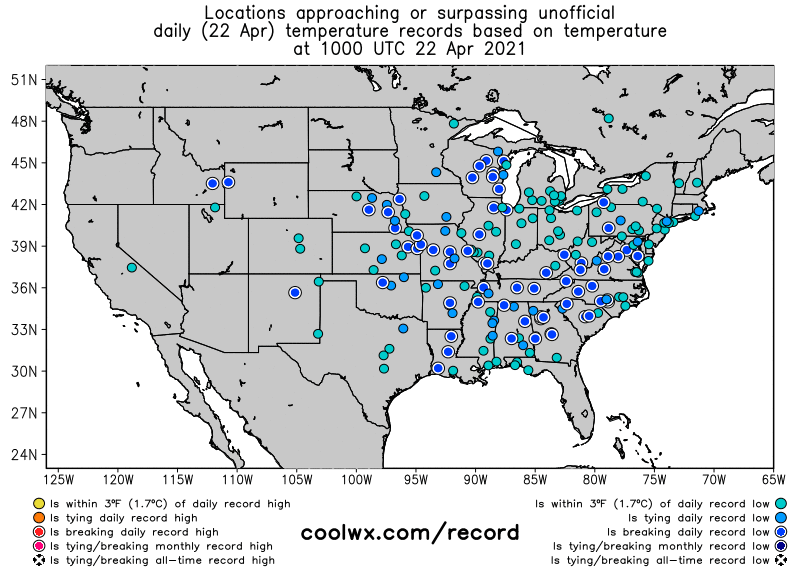