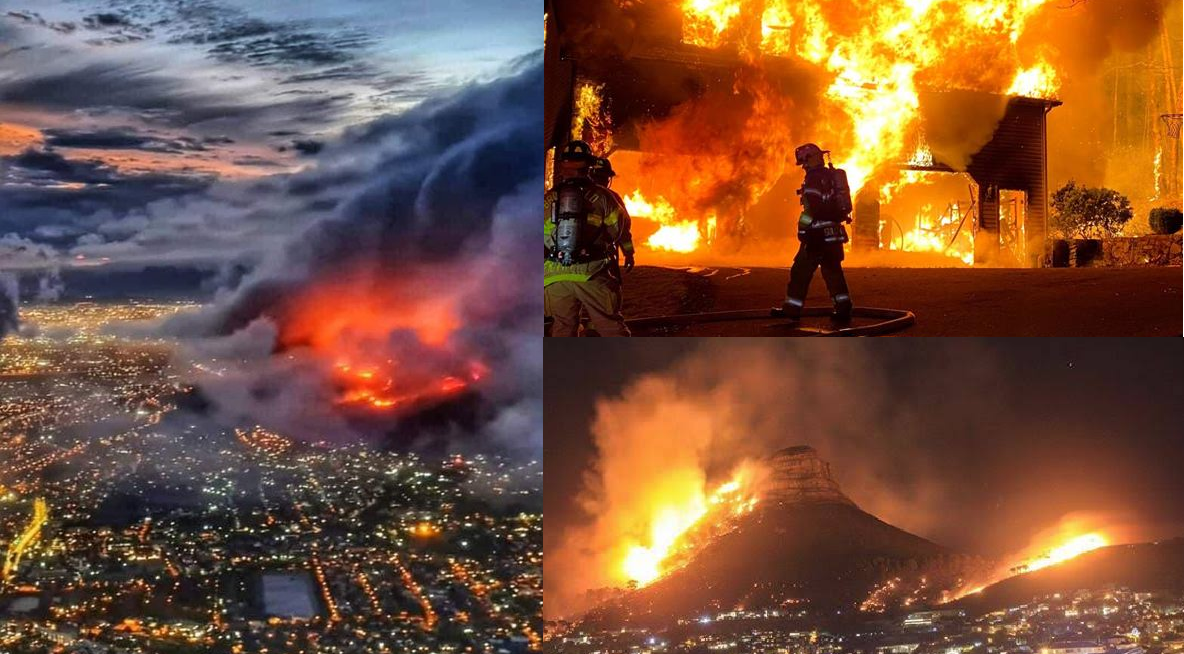 Only shortly after the hottest April temperatures in South Africa in all-time history /https://mkweather.com/south-africa-with-a-new-april-record-448c-heatwave// devastating wildfires have appeared above Cape Town, South Africa.

Residents of Cape Town neighborhoods were evacuated after fire sweeps throughout the slopes of Table Mountain.

In several news already appeared information, that the fireplace is very probably the largest in the city’s recent history.

University of Cape Town Library, which housed thousands precious documents, has been burned.

Situation is compared with Notre Dame fire, 15. April 2019, however, now it is not only local affair, but large part of the metropolitan African city found itself under devastating, any possible naturally developed wildfire.

“It is not yet clear how many residents surrounding the Devil’s Peak area where the fire broke out were affected, but at least nine were taken to hospital for smoke inhalation.” wrote server www.lovablevibes.co.

Many residents in historical city were evacuated earlier already on Sunday, 18. April 2021 to escape the fire.

Forecasts are despite of advanced season still very warm, with maximum temperatures +25/+30°C in next 10 days and rainfall only around Monday, 26. April 2021.