Home›Articles›Germany suffers the coldest April since 1917

Germany suffers the coldest April since 1917

Extremely cold April 2021 in the UK, France, Benelux, Germany (and all Central Europe) and Balkan - it´s result of persisting cold and snowy weather with severe frosts in April 2021 in large parts of Europe.

According to several meteorologists, April 2021 in Germany with national temperature anomaly around -4,4°C from long-term average (with national average monthly temperature only +4,5°C) is the coldest April since 1917, and the second coldest after 1917, since the measurements began in 1881.

Wetteronline.de too informed, that April is the snowiest minimally from extremely snowy April 1986.

Already in the first decade of April, temperatures in the (Italian) Alps dropped up to -33,2°C and extremely cold air from the Alps hit too Slovenia, with minimum temperatures up to -20,6°C at level only around 700 MASL /https://mkweather.com/european-april-arctic-blast-206c-in-718-masl//.

In Germany, below 1000 MASL, estimated TOP lowest national temperature during frost series is around -10/-15°C.

Severe frosts around -5/-7°C however reported big cities such as Munich or Nurnberg.

Maximum temperatures in valleys and basins locally weren´t reaching more than 0°C during the coldest days and snow has appeared across all regions of the country.

In the south and east, regionally dropped 20cm+ of snow in last weeks.

Moreover, powerful coldwave is forecasted for Germany around 26. April, with -12°C temperature anomalies in 850 hPa from long-term average.

The next round of frosts is expected already between Thursday, 22. and Tuesday, 27. April 2021.

Frosts 0/-5°C, in valleys up to -8°C should hit again during the mentioned period and April therefore really will end such as one of the coldest April´s in meteorological history. 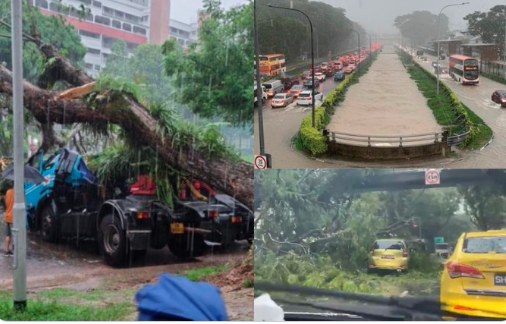 Singapore after the worst rainfall for 40 ... 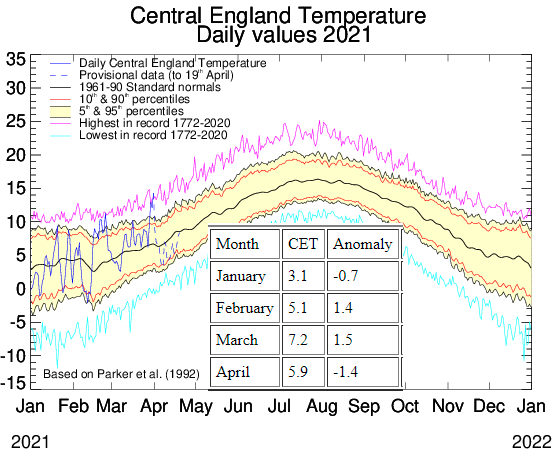 England: April is colder as March, the ...