Home›Articles›England: April is colder as March, the coldest since 1922

England: April is colder as March, the coldest since 1922

Watchers in England with attention watch, where in historical tables will place April 2021 - similarly such as in Germany and large part of Europe, it is the coldest almost in last 100 years /https://mkweather.com/germany-suffers-the-coldest-april-since-1917-extreme//.

Met Office regularly updates data from the station and it appears, not only, that April 2021 in Central England is colder such as March 2021 and with similar monthly temperature, such as February 2021, but too, that month is for now the coldest since 1922 - this is long 99 years of measurements!

With average monthly temperature +5,9°C so far and anomaly -1,4°C (probably from all series since 17. century) winter-like weather conditions during April 2021 were bringing often snowfall or severe frosts.

In Aboyne, Scotland, 18 consecutive days with frosts have appeared /http://ogimet.com/cgi-bin/gsynres?ind=03080&ano=2021&mes=4&day=20&hora=18&min=0&ndays=30/ and the next frosts are expected around 22.-27. April 2021, yet, in anticyclonic weather, what should have significant impact into final monthly temperature average, which will make with April 2021 really one of the coldest April in meteorological history.

Meteorologists already announced little warm spell at the end of the month, but temperatures are forecasted to hit only +20°C in the South and higher effect to monthly averages isn´t expected.

On the other hand, Europe had in April for coldwaves "luck", because together with La nina, strong NAO- phase has appeared /https://mkweather.com/nao-the-strongest-since-october-2020-tripole-of-air-pressure-systems-from-azores-to-scandinavia-causes-unique-arctic-blasts-negative-north-atlantic-oscillation// what caused, that all continental and dry air from Greenland was shifting in several waves directly above Europe long time. 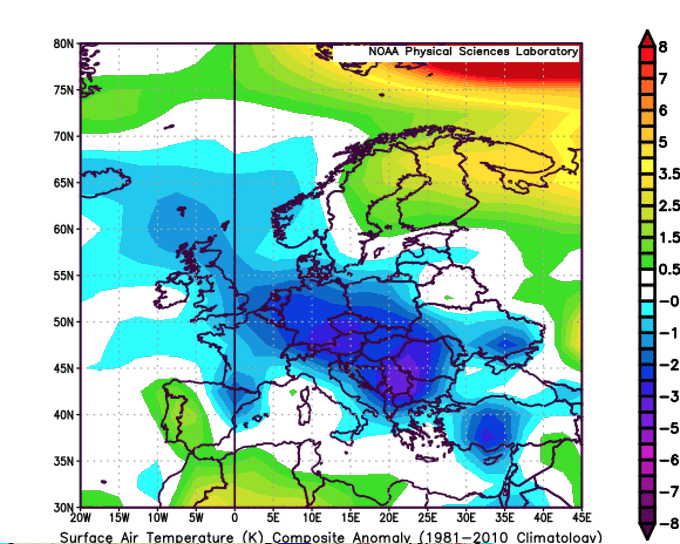 Germany suffers the coldest April since 1917 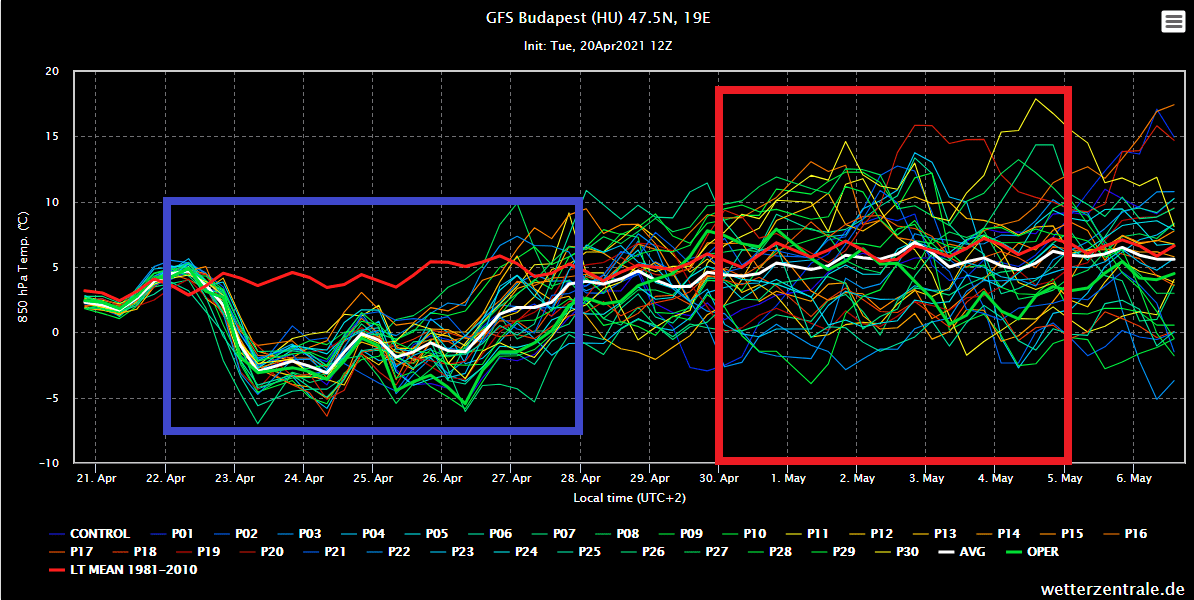