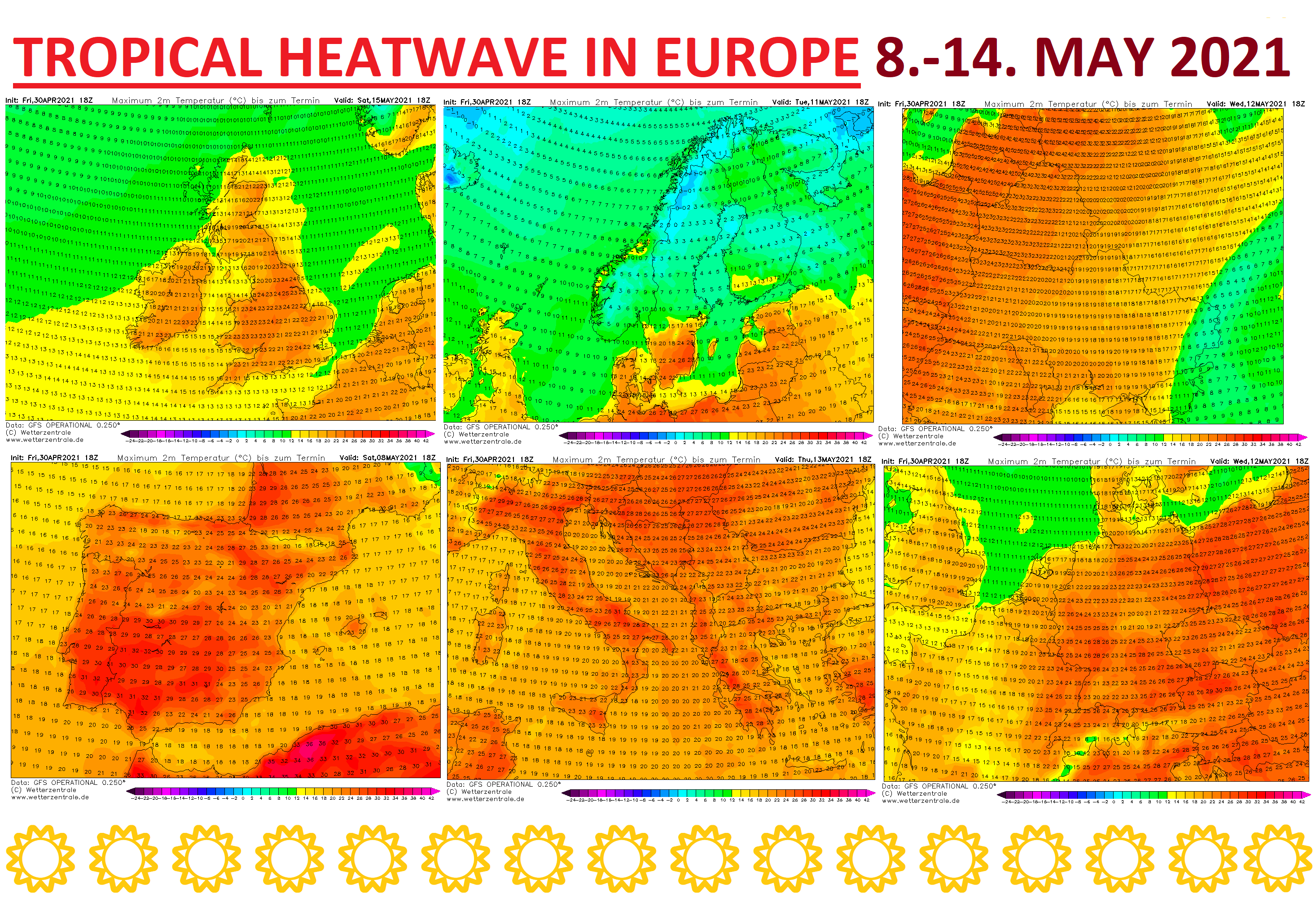 +30°C is possible not only in continental Europe, but too in British Islands and Scandinavia!

Latest outputs of GFS are favorable for the first tropical heatwave in all parts of Europe. While in Mediterranean, temperatures between +35/+40°C are regionally possible and in continental Europe, maximum temperatures should reach interval +30/+35°C, tropical +30°C isn´t excluded in the UK, southern Sweden or Baltic states!

However, before an expected heatwave, series of cold May mornings are waiting us until 8.-9. May 2021 /https://mkweather.com/europe-frosts-will-be-longer-than-was-expected-until-8-may-2021//.

In France, British Islands and Alpine region however, severe storms should appear on cold fronts moving above continent from the Atlantic.

Eastern parts of Europe or Balkan, such as Turkey, should be later colder.

Summer temperatures above +25°C are for now forecasted for Ireland, Scotland, above +20°C for Norway or southern Finland. In Lapland, quick melting of snow is expected.

Around 10. May we will move from NAO- to NAO+ phase, what means shift subtropical belt of high pressure with very hot air above northern latitudes.

During NAO+, heatwaves are more frequent in western and central Europe, while Eastern Europe and Balkan should become gradually colder after longer duration of NAO+.

It appears, that with late spring frosts we will say goodbye soon and summer season 2021 should start in full swing.

(Visited 110 times, 1 visits today)
Liked it? Take a second to support on Patreon!