Home›Articles›Cold mornings until 28. May, in British Islands early June 2021

Such was forecasted in out articles earlier, ground frosts in continental Europe and British Islands are here (here frosts early this week and at the weekend: https://mkweather.com/scotland-and-northern-england-under-the-snow-in-may-exceptionally-cold-spring-2021-continues/) and bad news are, that with cold mornings from France to Ukraine is needed to count until cca 28. May 2021, in British Islands should appear frosts in early June, too.

Although promised heatwave hit mainly southern Europe /https://mkweather.com/deadly-45c-heatwave-for-italy-greece-turkey-already-next-weekend// and extreme heatwave is reported too from Russia and Finland, including the Arctic (one of the next article), hot conditions for continental Europe are shifting to early June 2021 and it´s possible, that some northern or western parts of continent won´t be affected.

The next 7 days with regional ground frosts is now forecasted - every day should be cold in different region from France to Ukraine, but so widespread reach of ground frosts such as these days isn´t forecasted.

On maps below we have marked potential regions in continental Europe with ground frosts until 28. May 2021 - some frosts however should appear in Scotland, the Spain, Baltic states or Eastern Europe, too (in northern Europe are frosts in May still relatively normal).

If you take care for sensitive plants, the next weeks should be a test, therefore, some protection will be still clever. 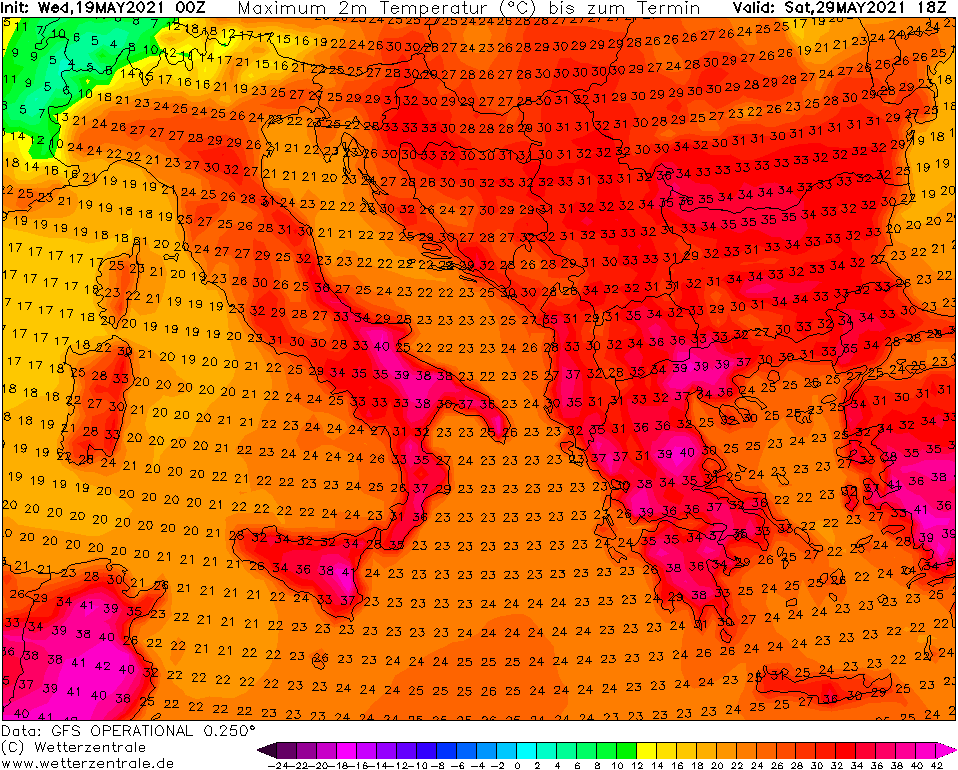 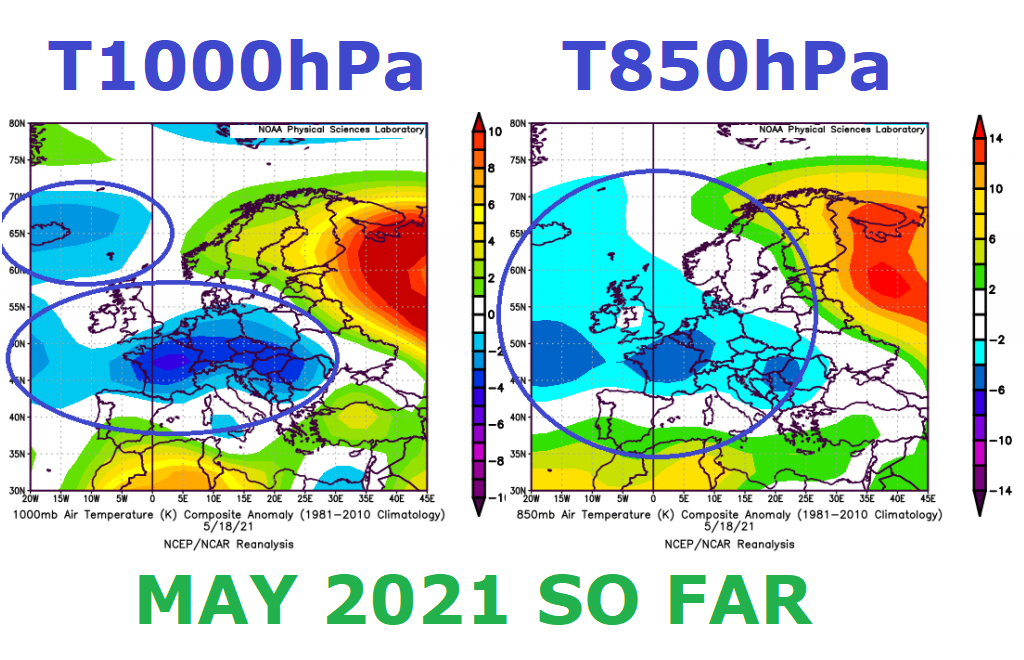