Home›Articles›Germany: Monthly records for May overcame!

Germany: Monthly records for May overcame!

After extremely cold April in Europe, the coldest in many parts in 100 years /links to interesting articles here: https://mkweather.com/confirmed-coldest-april-in-the-uk-since-1922-late-frosts//, France, Germany and the Spain already report regionally the coldest May temperatures ever.

It´s possible, that DWD will update information about April 2021 temperature anomalies for Germany, soon, before cca 10 days it looked like such as the coldest April in Germany since 1917 /https://mkweather.com/germany-suffers-the-coldest-april-since-1917-extreme//.

In France, Ardennes region, up to -4,3°C was on Monday, 3. May, measured /https://mkweather.com/france-extreme-frosts-are-back-monthly-may-temperature-records-overcame// and very cold was too in Belgium.

Extremely cold was on Monday already in southern and western Germany, too, in Perl Nennig only -3,6°C, in Dusseldorf -1,2°C or in Kleve -1,1°C - all are values of new May monthly temperature records for the cities.

Severe very late frosts and ground frosts are forecasted in Germany (and Denmark, Switzerland and Austria and gradually too in East-Central Europe) until Saturday, 8. May 2021, while later, shorter heatwave is forecasted.

According to the newest GFS outputs however, frosts and ground frosts should unfortunately return between 13.-19. May 2021, with similar minimum temperatures 0/-4°C across large parts of Central Europe during the coldest nights.

If won´t be frosts, ground frosts are still possible near clear nights with minimum temperatures +5/0°C, including the warmest lowlands.

Persisting cold conditions around the world since Winter 2020/21 are ascribed to strong La nina, series of volcanic eruptions VEI4-VEI5 and minimum of current solar cycle activity.

In the next article we will look at frosts and ground frosts in the Spain, where were the first May 2021 mornings surprisingly cold, too. 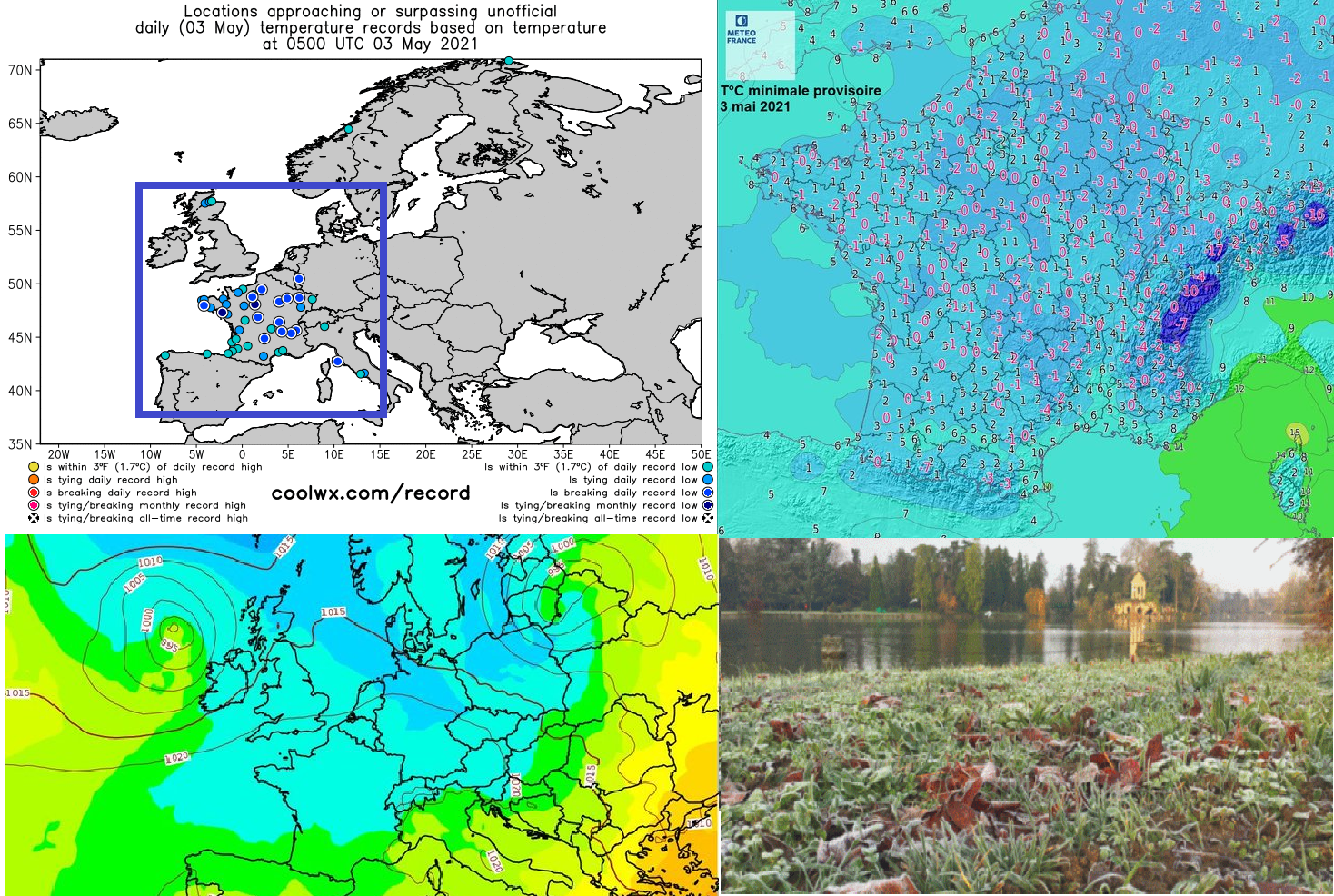 France: Extreme frosts are back! Monthly May ... 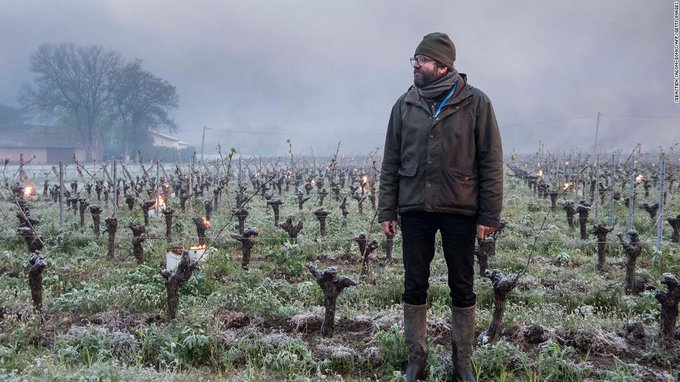